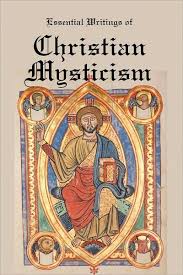 The basic definitions of Mysticism describe it as a term deriving from the Greek word mystikos, which means initiate, and the knowledge and personal experience of higher states of consciousness, or levels of being exceeding normal human perception. In short, it describes an experience of and communion with a universal energy or Supreme Being.

The classical origins describe initiates as mystical teachings individuals who had knowledge of and experienced close communion with gods and/ or goddesses. The Eleusinian mysteries of ancient Greece, for example, involved annual initiation rituals held within Persephone and Demeter cults. These ceremonies, initially held in Eleusis during the Mycenean period, around 1600 BC, continued for around 2000 years, becoming a major festival during the Hellenic period and eventually spreading to Rome.

Today’s mysticism is effectively the pursuit of conscious awareness, identification and communion with spiritual truths, ultimate reality, divinity or God via personal experience, insight, intuition or instinct. As a rule, certain practices nurturing those experiences are followed. In some cases, mysticism is dualistic, which means a distinction between the divine and the self is maintained, while in others, it is non-dualistic, meaning the individual identifies, or becomes one, with the divine energy or personification thereof.

The majority, if not every one of the world’s religions are ultimately based on the teachings of great mystics. This includes the teachings of Buddha, Jesus, Krishna and Lao Tze, for example. In most cases, these religious traditions describe, fundamental mystical experiences. Illumination or enlightenment are both generic English terms derived from the Latin word ‘illuminatio’, which was applied to 15th century Christian prayer, and are generally adopted in the English translations of texts, in particular Buddhist texts, to loosely describe the level or state of mystical attainment, typically regardless of the underlying faith.

Most conventional religions have, by definition, strong institutional structures with formal hierarchies and pre-defined creeds and mandated sacred texts. Followers of these faiths are expected to continually respect and follow these closely, resulting in personal experiences often being discouraged or even persecuted.

While basic religions and the forms of mysticism therein vary around the world, the basic concepts are generally based on the same idea, namely the pursuit of a union, a personal experience of enlightenment and union with the universal energy or god. In Buddhism, for instance, Shingon, Tibetan and Zen mysticism strive for the attainment of Nirvana (Jhana) and a connection to the ultimate reality (Satori). In Christianity, Catholic spirituality, Christian mysticism, Gnosticism and Quaker traditions seek spiritual enlightenment and vision, the love of and unity with God.